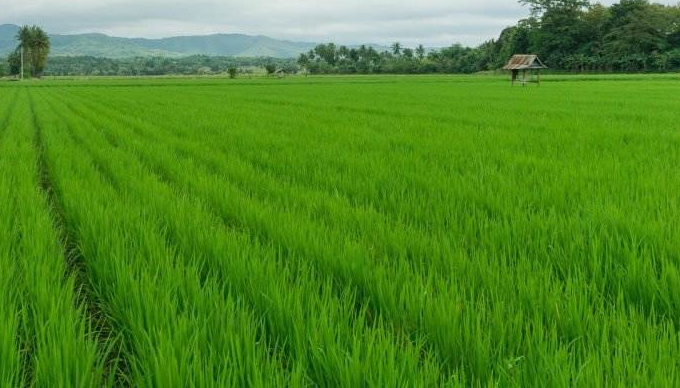 Human civilization learned to “settle” when they learnt the art of agriculture. From collecting grains to channeling water from the river and the domestication of animals, it all started thousands of years ago. Humans started a new culture with farming. The earliest farming styles were using all natural methods and were without artificial chemicals.

But as the population started growing, the amount of crops that cultivated started to become insufficient. Those made humans invent chemical fertilizers and pesticides, and genetically modified organisms.This helped the production of the crops to boom and we were able to cultivate different varieties of crops on a large scale.

As the usage of pesticide and chemical fertilizers increased, profitable results started showing in the agriculture field. It also could feed the growing population around the world. The changes that were happening in the soil, water, and ecosystem were neglected for the most part.

The erosion, deforestation, water and air pollution were ignored until it started affecting people’s lives. We learned the lesson the hard way. With the ongoing climate change and severe health issues, humans learned and are still learning to go back to the old ways of farming.

Organic farming had its return in the early 20th century. As the industrial revolution has created a rise in the population and also a rise in the agriculture field, it also caused damages to the earth and its living things. To counter the effect of synthetic and machine focused farming and agriculture style, Organic or sustainable farming methods were created.

Organic farming now is widely spread around the globe and is taking many preventive methods to reduce the use of chemical fertilizers, insecticides. They use more naturally grown crops than genetically modified ones for cultivation as well.

When it comes to organic farming it can be elaborated as only naturally grown or created crop seeds, fertilizer, insecticides, pesticides are used for farming. That also means less or no use of synthetic fertilizers, less usage of fossil fueled machines and conscious usage of land and water.

In organic farming we use green leaf manure, vermicomposting, bone meal etc., which are natural born manures. It uses very limited and naturally occurring pesticides. Organic farming is suitable for maintaining the proper eco-system in an area and is beneficial for the environment. The biodiversity flourishes when sustainable farming methods are followed systematically.

One of the main benefits of organic farming is that mostly traditional farming methods are used for it. Combined with new technologies, farmers can focus more on the crops yield without harming nature with chemicals. Organic farming focuses on sustainability, self-sufficiency, food safety and health care. With traditional farming methods the crop yields healthier produce.

Organic farming uses poly culture, rotation of crops, which helps maintain the fertility of soil. The natural resources are used but in a moderate way and are conserved for longer terms. When raising livestock for dairy products, only organic feed is used. The manure it produces is recycled for soil fertility.

Mechanical cultivation of crops can reduce the use of fossil fuels to a large extent as the use of farming equipment and machinery are reduced. It reduces air and water pollutants too. Different methods are used to control pests and weeds in sustainable farming. Pest control can be managed by the rotation of crops to confuse them. Predatory insects that eat pests are also a great help in organic farming. Weeds are also a headache when it comes to agriculture. Limited distribution of water, flame weeding and mulching can also be applied to reduce the weeds.

Organic agriculture does not yield as many products as chemical induced farming. Because of the less productivity, more farmland is needed for the cultivation of crops, thus resulting in deforestation. So, organic farming also affects climate change negatively too. The manual labor and the production cost are expensive compared to the synthetic ways of farming.

Also the limited availability of manure that is rich in nutrients can also lead to expensive import, thus causing transportation and other environmentally damaging scenarios. The organic farming sector is not profitable in the early stages thus the farmers have to sell them either at high price or follow a mixed farming style with organic and synthetic farming.

Revival also has embraced Organic farming as its best practice with the strong vision of providing world class healthy products. The products that Revival has introduced around the globe are pure, organic and are the result of the great research and development from the responsible citizens who are tirelessly working for a better environment for us all to live in. From production, manufacturing and packaging, Revival is taking great care in following the right protocols. The carbon emissions, Fossil Fuels usage are reduced and nature driven processes are used while making Revival food products.

Sustainable living is what the world needs now. An environment friendly agriculture and farming method is the best and suitable option for it. Keeping up with current agricultural trends with the help of traditional farming style will help lessen the climate changes and will lead to healthy living for us all.

REVIVAL is a commanding brand in the ready-to-cook mix industry creating a natural, healthy, and trouble free food habit for everyone around the globe.